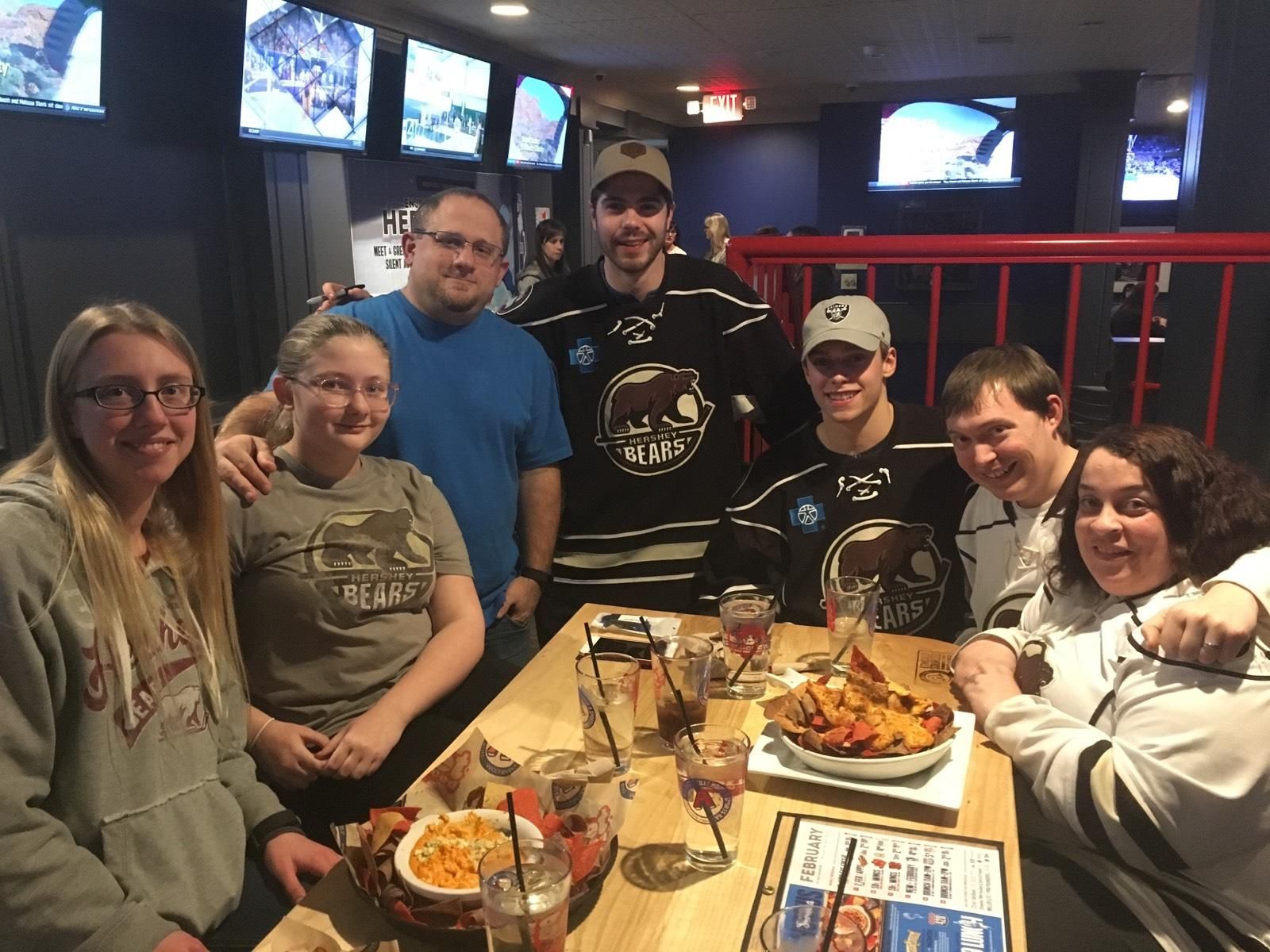 Latest Event Brings Grand Total Since Formation to More Than $36,500

The event was hosted by six of Arooga’s Pennsylvania locations in Harrisburg, Mechanicsburg, Camp Hill, Hershey, and Lancaster, and featured Hershey Bears ticket voucher giveaways for cash donations, a silent auction, and meet & greet and autograph sessions with Bears players.  Proceeds for the auction and cash donations received will benefit the Running for Rachel 5K, which will be held on Harrisburg’s City Island this year on April 29th, in honor of its namesake Rachel Guss.  Rachel passed away in 2011 from Duodenal cancer, a rare form of the disease that is very difficult to treat.

“We’re truly in awe of the outpouring of support from our community, Arooga’s and The Hershey Bears. This event raised more funds than ever before, and they’re going directly to cancer research – an amazing gift,” said Erin Stone, President of Running for Rachel and sister of the charity’s namesake, Rachel Guss.

“We are so grateful for the show of support by our guests for this great cause.” said Arooga’s Grille House & Sports Bar President and Co-Founder Gary Huether, Jr.  “This has been another great year for this fundraiser, and we are thrilled to be able to give back to local organizations like Running for Rachel.”

The recipient of several national accolades, including selection as America’s Next Top Restaurant Franchise, as well as recognition among Entrepreneur Magazine’s Top 500 Franchises of 2018 and Full Service Restaurant Magazine’s Top 50 Emerging Restaurant Chains, Arooga’s Grille House & Sports Bar pride themselves on their charitable contributions-particularly those local to the company’s headquarters in Harrisburg, Pa.  Arooga’s corporate owned locations have raised more than $250,000 since the brand’s inception in 2008 and continue to seek out organizations which might benefit from the company’s sponsored fundraising events.