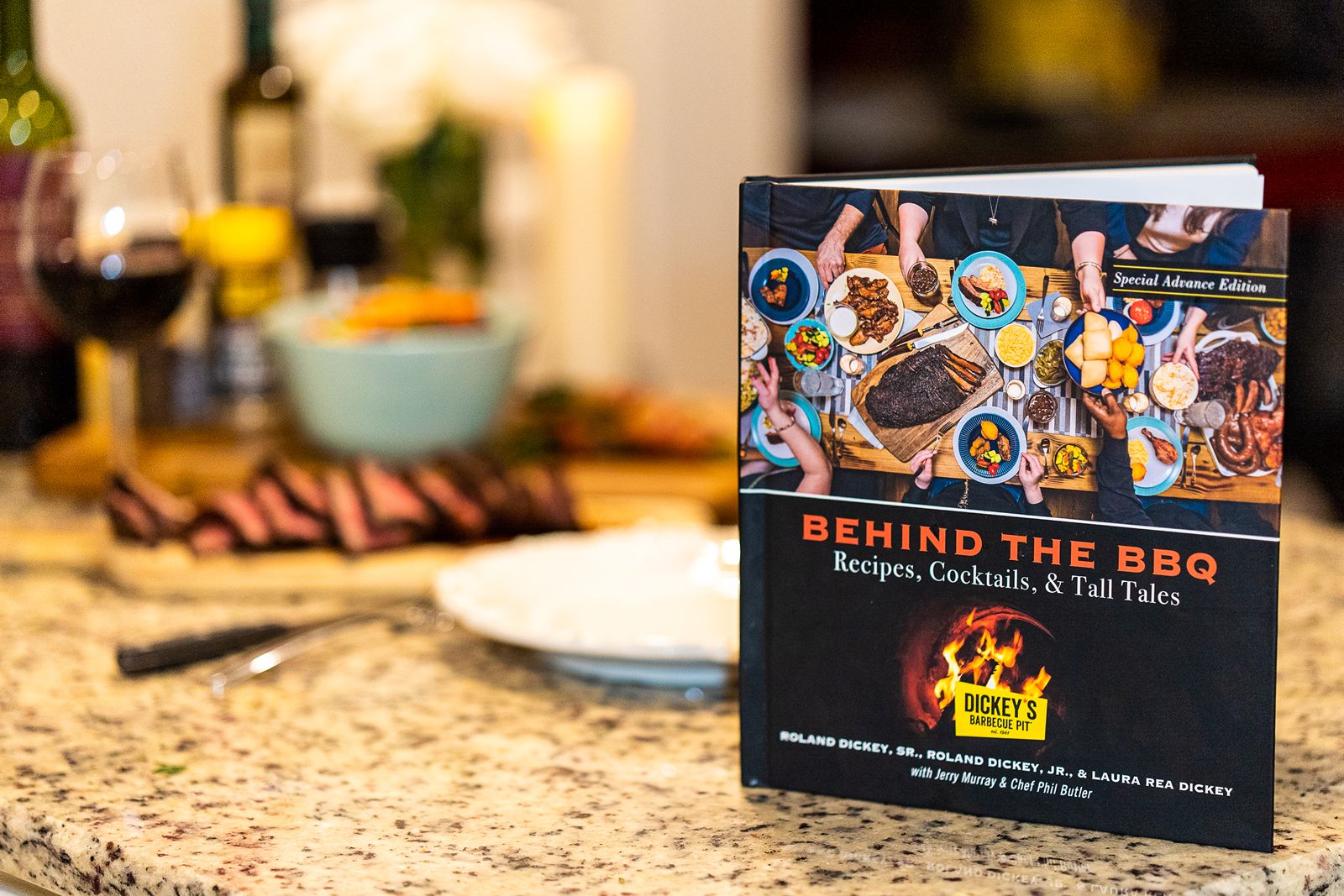 Dallas, TX  (RestaurantNews.com)  After 80 years and three generations of passing down the Art of Great Barbecue, Dickey’s Barbecue Pit is giving fans a peek behind the kitchen door!

The cookbook is an ode to barbecue lovers, pit masters, Big Yellow Cup collectors and all the folks who have made Dickey’s Barbecue Pit the iconic brand it is today. Dickey’s prides itself as an American, family-owned barbecue restaurant brand that serves mouthwatering barbecue with a side of southern hospitality. By writing “Behind the BBQ,” Dickey’s is letting its loyal fans bring some of its southern charm and delicious tastes home with them.

Plus, “Behind the BBQ” is more than just a cookbook with exclusive, delicious recipes from the creators of Legit. Texas. Barbecue.™ The one-of-a-kind book also includes behind-the-scenes tales of life at Dickey’s that fans won’t hear anywhere else.

“Behind the BBQ” transports Dickey’s stories, recipes and spirit from our table to yours,” said Laura Rea Dickey, CEO of Dickey’s Barbecue Restaurants, Inc. “We’ve been serving up delicious, slow-smoked barbecue for eight decades and we are thrilled to share those recipes as a way to say ‘thank you.’ We know our fans are always looking for the perfect barbecue recipes, and we’ve given them just that in this book. We’ve also got specialty cocktails and delightful appetizer recipes for those looking to host a party. We encourage our guests to bring these amazing recipes to life and create life-long memories with friends and family!”

For only $34.99, readers can become a pro in the kitchen and on the grill with easy-to-follow instructions with everything from barbecue sauce recipes to a beer can chicken recipe. The cookbook also includes classic barbecue side dishes and cocktail recipes. To order a copy and enjoy delicious food and juicy stories, visit the Barbecue At Home website.

Dickey’s Barbecue Restaurants, Inc., the world’s largest barbecue concept, was founded in 1941 by Travis Dickey. For the past 80 years, Dickey’s Barbecue Pit has served millions of guests Legit. Texas. Barbecue.™ At Dickey’s, all our barbecued meats are smoked onsite in a hickory wood burning pit. Dickey’s proudly believes there’s no shortcut to true barbecue and it’s why they never say bbq. The Dallas-based, family-run barbecue franchise offers several slow-smoked meats and wholesome sides with ‘No B.S. (Bad Stuff)’ included. Dickey’s has over 550 locations across the United States and six other countries and is on track to have over 600 locations by the end of 2021.

In 2016, Dickey’s won first place on Fast Casual’s “Top 100 Movers and Shakers” list, was named a Top 500 Franchise by Entrepreneur in 2018 and was named to Hospitality Technology Industry Heroes in 2021. Led by CEO Laura Rea Dickey, who was named among the country’s 50 most influential women in foodservice in 2020 by Nation’s Restaurant News and was recognized as one of the top 25 industry leaders on Fast Casual’s 2020 Top 100 Movers and Shakers list, Dickey’s Barbecue Pit has also been recognized by Fox News, Forbes Magazine, Franchise Times, The Wall Street Journal and QSR Magazine. For more information, visit www.dickeys.com.