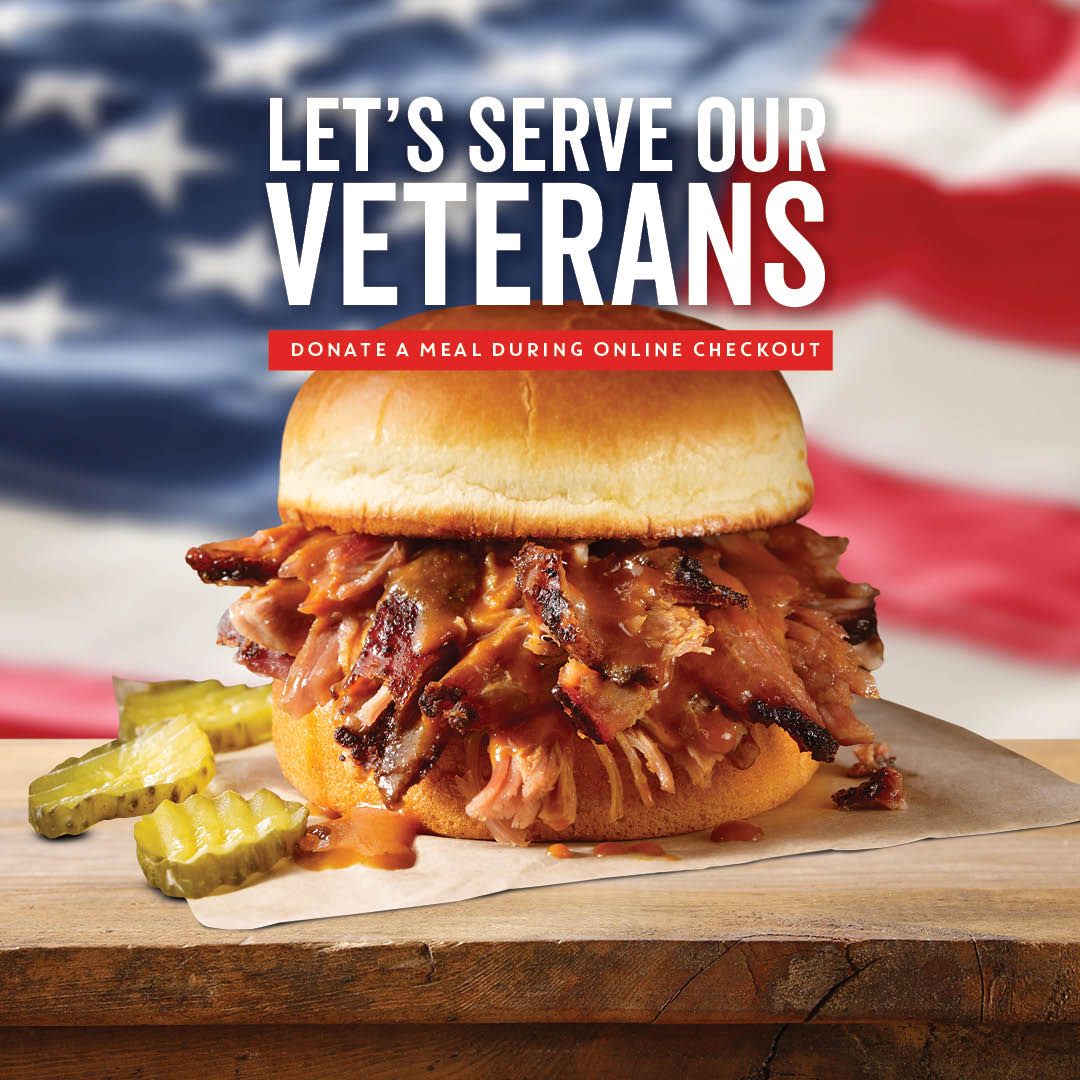 When guests order through dickeys.com or the Dickey’s App from Nov. 9-15, they can add sandwich bundles to be delivered to local Veteran organizations

Dallas, TX  (RestaurantNews.com)  Ever since Travis Dickey founded Dickey’s Barbecue Pit in 1941 after serving in World War I, honoring Veterans has been ingrained in the world’s largest barbecue concept’s core.

That’s why Dickey’s is celebrating those who protect and serve our country all next week. From Nov. 9-15, when guests make a purchase through dickeys.com or the Dickey’s App, they will have the option to add one, five or 10 Pulled Pork Classic Sandwiches to be delivered to local Veteran organizations. Additionally, the Dickey family has pledged to match every sandwich donated to double the efforts to feed Veterans.

For added support, on Wednesday, Nov. 11, Veterans can visit their local participating Dickey’s in-store to receive a free Pulled Pork Classic Sandwich with a military ID or valid proof of service.

“Dickey’s roots date back to Veteran Travis Dickey starting our family business,” said Laura Rea Dickey, CEO of Dickey’s Barbecue Restaurants, Inc. “So we’re extremely passionate about giving back and supporting Veterans however we can. This Veterans Day, we’re celebrating by donating food and giving away a free sandwich to the brave men and women who defend our freedom.”

The Texas-style barbecue brand also offers various ongoing discounts for Veterans. They can receive 25% off Dickey’s initial franchise fee for their first store, and Veterans and active military personnel get 10% off their in-store orders daily at participating locations.

Dickey’s Barbecue Restaurants, Inc., the world’s largest barbecue concept, was founded in 1941 by Travis Dickey. For the past 79 years, Dickey’s Barbecue Pit has served millions of guests Legit. Texas. Barbecue.™ At Dickey’s, all our barbecued meats are smoked onsite in a hickory wood burning pit. Dickey’s proudly believes there’s no shortcut to true barbecue and it’s why they never say bbq. The Dallas-based, family-run barbecue franchise offers several slow-smoked meats and wholesome sides with ‘No B.S. (Bad Stuff)’ included. The fast-casual concept has expanded worldwide with two international locations in the UAE and operates over 500 locations in 44 states. In 2016, Dickey’s won first place on Fast Casual’s “Top 100 Movers and Shakers” list and was named a Top 500 Franchise by Entrepreneur in 2018. Dickey’s Barbecue Pit has also been recognized by Fox News, Franchise Times, The Wall Street Journal, QSR Magazine, Forbes Magazine and Nation’s Restaurant News. For more information, visit www.dickeys.com.