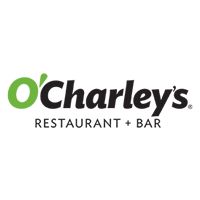 The first O’Charley’s Songwriters Café will be an hour-long performance streamed on the O’Charley’s Facebook Page on Wednesday, July 15 at 7 pm CST. While the performance is free to watch, viewers are encouraged to make a donation through a featured Donate Now button, via text by texting FFF to 76278 or by going to www.foldedflagfoundation.org/donate. All proceeds will go to Folded Flag which is uniquely structured as a Foundation with 100% of donations going to beneficiaries and no administrative costs.

“We created the Songwriters Café as a new, creative way to raise money for Folded Flag while also providing top-notch entertainment for people during a time when going to concerts isn’t possible,” said Craig Barber, CEO of O’Charley’s. “Supporting Folded Flag is something we are honored to do and to be joined in that effort by these amazing artists is truly a blessing. I can’t thank them enough for helping us raise money for the families of our country’s fallen heroes. I hope that our viewers will give what they can so that we can maximize the benefit to Folded Flag over the course of the series.”

“O’Charley’s continues to be one of our strongest partners when it comes to raising funds for our organization,” said Kim Frank, president, The Folded Flag Foundation. “The Songwriters Café is a wonderful idea to entertain people during this challenging time and raise money to help our Gold Star families. We are so excited to be a part of it. We have great artists coming together for a great cause, and we are confident that fans around the world will tune in for a free concert and donate to support our mission.”

This new way of raising funds for Folded Flag is an extension of O’Charley’s Hometown Heroes, a larger giving back initiative by the brand to the communities it is blessed to serve. Hometown Heroes is a multi-faceted campaign that encompasses in-store discounts for healthcare staff and first responders, free meal deliveries to hospitals and helping to feed vulnerable children and their families by sponsoring Second Harvest Food Bank of Middle Tennessee’s Hunger Free Summer, among other efforts.

O’Charley’s was born in Nashville, Tennessee and has served craveable American food and drinks inspired by their Southern roots since 1971. O’Charley’s operates more than 160 restaurants across the Southeast and Midwest. In addition to great food, good times and famous unsliceably soft rolls, O’Charley’s welcomes guests with genuine hospitality every time they walk through our doors or use our curbside delivery. To find an O’Charley’s location near you, please visit www.OCharleys.com. O’Charley’s is also on Facebook, Instagram and Twitter.

About The Folded Flag Foundation

The Folded Flag Foundation is a 501(c)(3) organization that provides educational scholarships and support grants to the spouses and children of the U.S. military and government personnel who died as a result of hostile action or in an accident related to U.S. combat operations. To learn more about the Folded Flag Foundation, visit www.foldedflagfoundation.org.