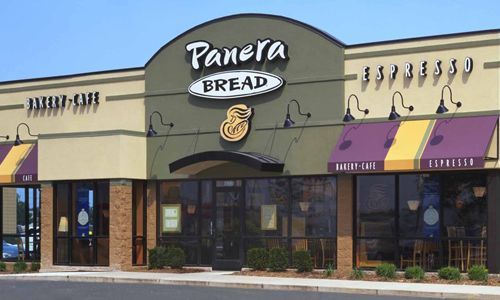 Panera’s CEO: We Are Changing The Fast Food Industry, Again
In the 1980s, Ron Shaich changed the industry by introducing a new fast food business model, which included handmade artisan food served in a pleasant dining environment.  Panera Bread turned into a popular franchise chain with more than 1800 stores in the US and Canada.  But Shaich cautions that “past success doesn’t warrant future success, unless you prepare for it.  What worked yesterday doesn’t work tomorrow.”  Continue reading . . .

CMO: Chipotle’s Successful Because It’s Been ‘Very Consistent’
TIME spoke with Chipotle’s chief marketing officer, Mark Crumpacker, about why Chipotle is wrapping up the competition.  Chipotle, the food industry’s fastest-rising star, reported earnings Monday that far exceeded Wall Street’s expectations. Despite higher menu prices because of some food supply shortages, Chipotle’s burritos (from the bowl-sheathed varieties to the tortilla-ensconced specimens) and tacos (soft and hard) are flying off the counters.  Continue reading . . .

Kat Cole of Cinnabon, on Questioning Success More Than Failure
This interview with Kat Cole, president of Cinnabon, was conducted and condensed by Adam Bryant at The New York Times:  Q. Were you in leadership roles when you were young?  A. My mom left our father when I was 9. I have two younger sisters, so from a very young age I had a leadership role at home. My mom would leave a list, and when the girls would get a little bit out of line, I would be the father figure, and when we were having fun, I would be the sister. Then, as I moved through school, I was always in leadership roles, like class president.  Continue reading . . .

A brief history of Red Lobster’s Cheddar Bay Biscuit
When word broke that Darden Restaurants was selling off Red Lobster in a $2.1bill deal, people immediately feared the worst for their beloved biscuits. It’s still unclear where they’ll land, but while the higher Cheddar Bay authorities sort out their fate, Kristin Hunt and Thrillist decided to look back on the folklore surrounding this pride of the breadbasket. Disappointingly, there were no pirates involved.  Continue reading . . .

The Fork continues to adjust after ‘Restaurant Impossible’

How the Weird Art of Food Photography Went Mainstream

Best Practices: How to Create a Successful Limited-Time Offer