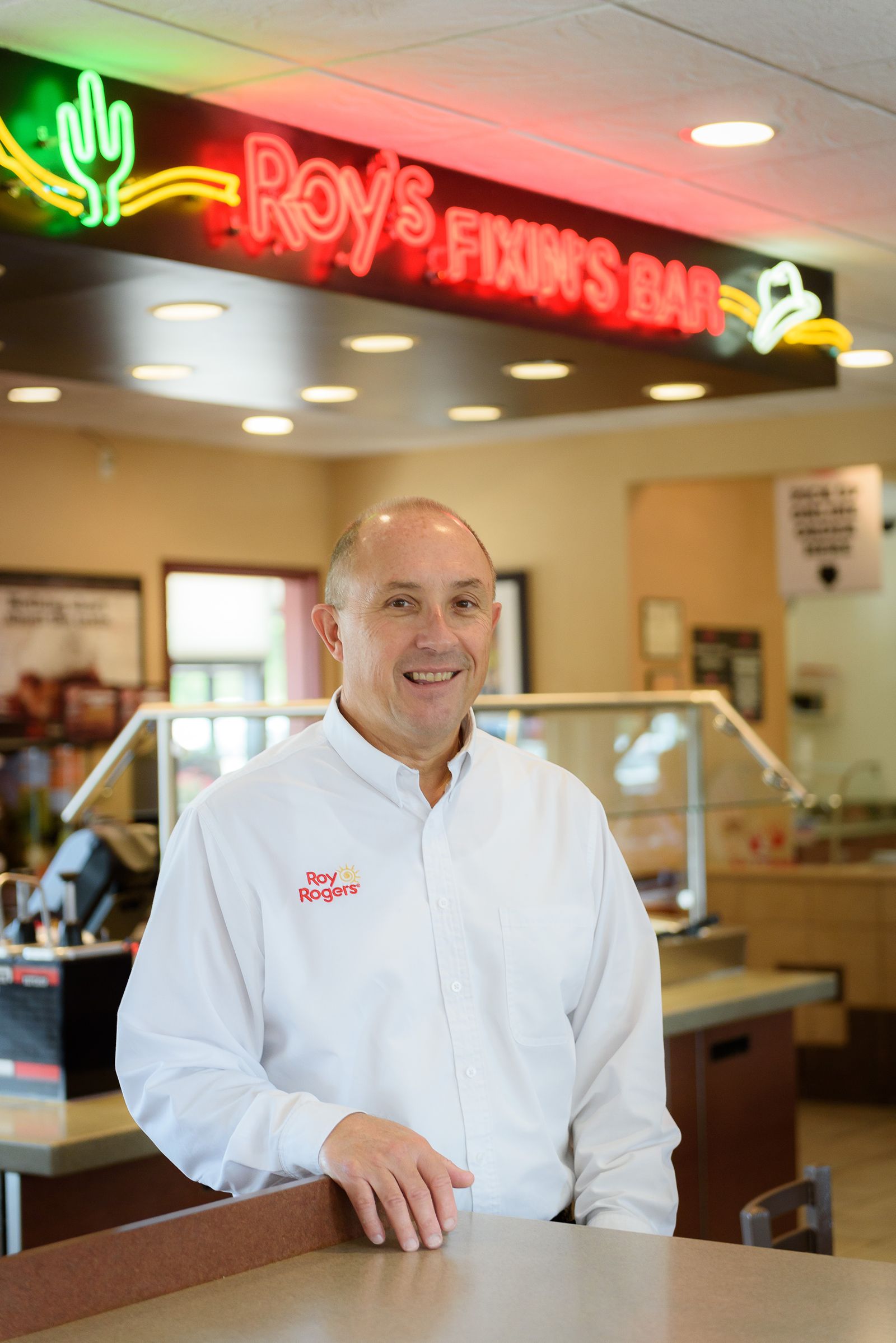 Frederick, MD  (RestaurantNews.com)  Roy Rogers® Restaurants announced today that it has promoted Al Jones to the position of Director of Operations. Reporting to Executive Vice President Jeremy Biser, he will oversee the development and improvement of companywide operational standards and lead a team of franchise business consultants and district managers in ensuring their consistent implementation. He is based in the company’s Frederick, Md., headquarters.

Jones joined Roy Rogers in 1984 as an Assistant Manager at the Valley Mall restaurant in Hagerstown, Md., after having worked for five years for Marriott Corp., the chain’s parent at the time. In short order he was promoted to General Manager and Training Store Manager, then took on the role of District Manager in 1992. In 2003, he was named Franchise Business Consultant and began working closely with operators to help them build new stores and maximize business results. He has been serving as interim Director of Operations since earlier this year following a corporate restructuring that included bringing Biser on board as Executive Vice President.

“I’m extremely proud to promote Al to the position of Director of Operations,” said Biser. “He has a fantastic history of working with the Roy Rogers brand, and the wealth of experience that he has acquired over nearly four decades is incredibly valuable. I’m excited to have him take on this important leadership role that will give him the opportunity to put that experience to even greater use in our organization.”

“I’m thrilled and honored to be taking on more responsibility here,” said Jones. “In particular, I look forward to having closer connections with our store operations teams, and to making the brand more profitable. As owners of two dozen company-operated restaurants, we have a big stake in making sure our operating standards result in strong sales throughout the system, and I look forward to working with our corporate team and franchisees to maximize performance of every location.”

Describing Jones’ promotion as part of a broader initiative to strengthen Roy Rogers’ performance and growth potential, Biser said, “The ongoing investments we are making this year will provide better support and leadership for the Roy Rogers brand. I’m confident these and other planned upgrades will better position us for system growth and increased sales and profitability for existing units.”

Now celebrating its 50th anniversary with a yearlong campaign featuring baseball great Cal Ripken Jr. and a variety of thematic pricing and product promotions and special events, Roy Rogers has recently announced several major developments revealing its investment in improving both infrastructure and consumer offering. Chief among these have been the appointments of Biser as Executive Vice President and Mark Jenkins as Senior Director of Marketing, the extension of its name-brand-ingredient strategy via the rollout of a new Spicy Chicken sandwich featuring Texas Pete hot sauce, and news that the chain would be returning to New York’s Long Island through a seven-unit franchise development agreement.

Based in Frederick, Md., Roy Rogers® is a chain of western-themed quick-service restaurants offering broad appeal across multiple dayparts and generations. The company is famous for serving up a “Triple Threat” – three popular main dishes including USDA choice top round roast beef, hand-breaded, fresh fried chicken and great-tasting burgers. Roy Rogers is also known for its famous Fixin’s Bar®, where guests can customize their orders with a variety of fresh produce, condiments signature sauces. Information on the company, its menu and current promotions is available at www.royrogersrestaurants.com and on Twitter, Facebook and Instagram.

Roy Rogers Restaurants was founded in 1968, and currently consists of 24 company-owned restaurants and 29 franchise restaurants in six states. Franchise opportunities are now available in select markets to qualified candidates. Information about existing opportunities can be found at www.royrogersfranchising.com or obtained by contacting the Roy Rogers franchising department at franchise@royrogersrestaurants.com or (301) 695-1534.