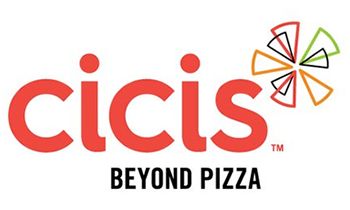 Bianco, who joined the company in September, heads day-to-day operations and oversees all training for Cicis’ more than 430 corporate-owned and franchised restaurants.

“Toni brings a wealth of knowledge and expertise to Cicis and will provide the leadership and vision necessary to meet our operational goals,” said Cicis CEO Bill Mitchell. “He will be an integral part of Cicis’ future as we continue to transform our business through innovative systems and efficiencies that drive sustainable growth.”

Bianco most recently served as President and COO of Fatburger North America, where he expanded the brand’s presence worldwide through strong operations strategies. In previous roles, Bianco was COO and SVP of International overseeing global operations, training, development and IT at Long John Silver’s. Prior to that Bianco oversaw international expansion deals while serving as Vice President for Asia at Papa John’s.

“This is a dynamic time to join Cicis, and I’ve already had the opportunity to be in the field meeting operators, team members and franchisees,” said Bianco. “I look forward to working alongside these dedicated teams to ensure Cicis continues improving and perfecting its guest experience.”

Bianco succeeds Jini Foust, who stepped down in April.

Founded in 1983, Irving, Texas-based Cicis invented the Unlimited Pizza Buffet concept, offering guests a wide variety of pizzas, including traditional crust and flatbreads, along with pastas, salads and desserts for dine-in, to-go and catering. With more than 430 restaurants in 32 states, Cicis has been ranked by CNN Money as the #1 “Casual Dining Pizza Chain (for your money) in America,” named by Technomic as the #2 “Most Kid-Friendly Chain as voted by Millennial Moms” and Nation’s Restaurant News recognized Cicis among its Top 200 Restaurant Chains in 2018. For more information about Cicis, visit cicis.com or Facebook.com/cicis. For franchising information, contact Michael Iglesias at miglesias@cicispizza.com or 972-745-9313 or visit franchise.cicis.com.